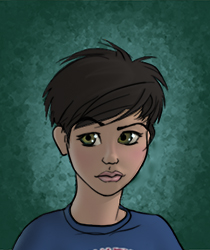 She has become increasingly resentful of the secrets she knows her parents are keeping from her. Her mother, in particular, is tightlipped about her past; so much so that Fenn is uncertain what country she is even from.

Her parents take her across the country every year to the creepy old house of her creepy old ‘Uncle Max,’ and she hates it. She’s old enough to be left home alone for a few days. It really pisses her off that they won’t even tell her what these stupid meetings are even about. They just send her to bed at 9:00 pm like she’s still a little kid and they lock the freaking door to her room! (That’s, like, a fire hazard?)

As the story starts, Fenn wants her parents to trust her. She wants to go home. She’s afraid they’re up to something really shady, which would shatter her notion of who they are.

Max is 52 years old. He lives alone in the house his family has owned since the 1700s.

The founder of his family, Olaf Bromstad was a wealthy merchant with a secret: his enormous fortune was created by trading between two worlds. One end of the portal was in his house on Earth, the other was installed in a sailing ship he had commissioned to Earth design. After Olaf became quite rich, older, and more sensible of the dangers involved with his interworld commerce, he decided to quit while he was ahead. He dry-docked his ship, the Artemis, then closed and hid the Door in his house on Earth. He died before he had opportunity to tell his children about it.

Max and his friend Jason found Olaf’s will and memoirs, as well as the set of rings which would allow them to pass the warding spell on the Artemis. They refurbished the ship (it being largely preserved from rot by the warding spell), and went adventuring. They found that Olaf’s old trick of paratime trading still paid handsomely. 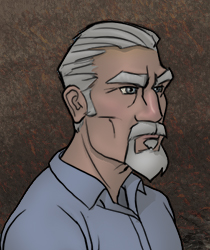 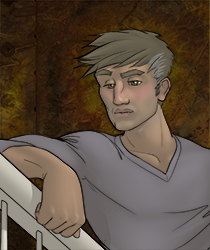 Jason is Fenn’s father, 45 years old. He grew up in an upper middle class family in a town outside of New York. As a child he hero-worshipped Max, the older boy next door. Jason was charming enough that the older boy tolerated him at first, and eventually began to quite enjoy his company. When Jason was 17, he told his parents he was dropping out of school to tour with the Grateful Dead. Instead he went adventuring in Myndus with Max.

Jason is still business partners with Max, handling most of the logistics for the Earth-side import/export/mining corporation that allows them to launder the gold they receive from Myndus.

He is torn between wanting to keep Fenn safe and allowing her to choose whether or not she wants to continue their endeavor on Myndus.

Alizeé grew up as a scion of the D’Arbolest Family of Sorcerers. She was trained in the Family trade, both its sorcerous side and with more mundane matters of commerce, record keeping, politics, and internecine violence. But being a member of the Inner Family, she was to have little say in whom she would marry. At 16 she found herself promised to a particularly vile scion of the D’Karthos Family.

She met Jason when he scrambled over the garden wall of one of the D’Arbolest ambassadorial compounds, running from the city guard. She struck a deal with him that she would help him escape the compound through the Family bolt hole if he would be her guide in the outside world. (It didn’t hurt that he was significantly more handsome and charming than her betrothed.) Besides, if he tried anything untoward she could always just cut his throat or burn him to cinders. Or both.

Alizeé, now 39, has several undergraduate degrees and is planning on pursuing a PhD in history once Fenn (hopefully!) goes to college. 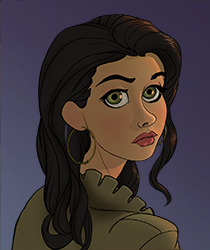 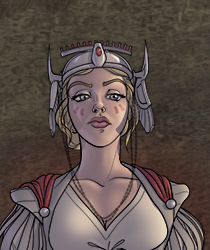